In May 2009 „Zen-Sangha GenjoAn e.V.“ was founded by eight members of our Sangha. It was meant to support the transmission of the Dharma through Corinne Frottier Sensei. Ever since then the Sangha has been growing continuously. Participants, who feel at home in our Sangha and would like to practice Zazen under the guidance of Corinne Sensei, can become member of our association, if they wish to do so.

The association also invites teachers from other Sanghas and different traditions to give talks and lead retreats. We appreciate their contributions to deepen our practice. Expressing the Buddha Dharma in our daily life means to us to be open to any kind of encounter and for other points of views which help us to gain deeper insight. 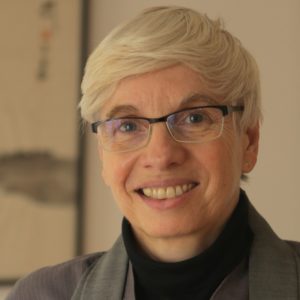 Sensei Corinne Joie partagée Frottier was born 1953 in Brussels/Belgium geboren, grew up in Austria and is living in Hamburg/Germany since  1983. In autumn 1984 she met her first Zen teacher, Lies Groening, with whon she felt deeply connected until her death in 1986. Since 1989 Catherine Genno Pagès Roshi is her teacher, who gave her Dharma transmission (Shiho) in 2009. She also was a founding member of the ”Order of disorder” , which Bernie Glassmann and the Clown Moshe Cohen installed during a  Bearing-Witness-Retreat in Auschwitz 1999. Bernie also introduced her to the ”counceling circle” which now is a fixed part of our practice besides Zazen und Dharma talks. In January 2019 she encountered the practice of the Green Tara, as taught by Sylvia Wetzel, and asked her to teach it to her. Sensei Corinne has lead retreats in Germany, Netherlands, Austria, Belgium and France and teaches the Dharma in German, English and French. 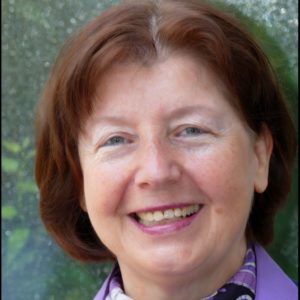 Sensei Hildegard Vajra-Herz Lauth is living and working in Wiesau/Oberpfalz (Bavaria/Germany) as a Psychotherapist. She is married and has two children and two grandchildren. Her love to Zen began more than three decades ago and deepend, when she met her teacher, Sensei Corinne Frottier, in 2008. In 2021 she received Shiho (Dharma transmission) and is teaching the Dharma in Wiesau/Oberpfalz (Contact). 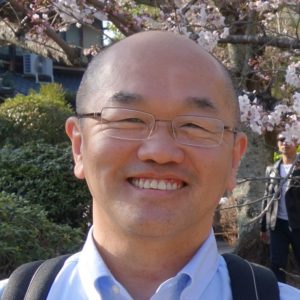 Jin Dong Jong Shin was born in Seoul and lives in Paris since the age of eight. He has been working as a computer scientist until his retirement in 2022. In 2006 he met Sensei Corinne Frottier in Montreuil/ Frankreich, when she lived a few years with her teacher Lehrerin Roshi Genno Pagès. Since 2007 he is Sensei Corinnes student and since July 2019 „Hoshi“ (Dharma keeper). He is leading a meditation group in Le Plessis-Robinson near Paris and is giving Dharma talks as well as one-on-one interviews. Henning Matthaei was born in 1964 and grew up in Northern Germany near Braunschweig. Since 1998 he is living in Hamburg, where he is working as a couples therapist. Henning is married, has got to sons and one grandson (so far).

In 1993 he met his first teacher, Gregory Campbell from the Rinzai zen school of Kyozan Sasaki Roshi. He was a student of Kugen Musai Roshi in the tradition of the White Plum Asangha from 2007 until he died in 2019. Since 2008 he was also practicing Zazen with Corinne joie partagée Sensei and became her student after Musai Roshis death; sinth October 2022 he is Hoshi (Dharma keeper).